The year is 1987. My skinny, gangling 7 year old self is sat on the toilet. In fact I seemed to sit on the toilet at precisely the same time of every week. And not just once either. I would pretty much park myself there from the moment I anxiously arrived home from school until the moment of all-consuming dread finally arrived. To say I enjoyed learning to swim is like saying that you enjoy your eyelids being forcibly pinned open while somebody applies generous quantities of a good quality habanero sauce to your squirming eyeball. I detested it. To be honest it frightened the life out of me.

As an adult I look back on this short period with a mixture of sadness and incredulity. Sadness because it is still one of the early childhood memories that remains strong and constant. It seems to have usurped a hell of a lot of far more positive memories that I had around that time. Incredulity because after what could only have been a matter of months I was swimming like the proverbial fish. My mum would struggle to then get me out of the pool. I went on to swim in county finals, snorkel every nook and crannie of our holiday seas (even being left stranded somewhere in the Caribbean sea after the boat that Nat was on decided to go off and explore another area of the reef without me during one memorable holiday moment)and learn to scuba dive. It was for these reasons that I was so eager to get our kids into the pool as early as possible. I wanted them comfortable and accepting of their watery surroundings before they were old enough to fear it. 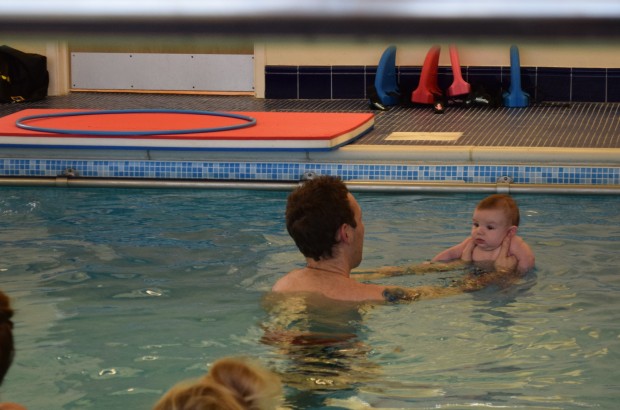 It was through chatting to other new parents that we’d met at our NCT group that the idea was first floated (I’ll apologise for the plethora of puns now). I’ll be honest, as a first time parent it had never even crossed my mind that there were actually organised swimming lessons for infants. But how could I have known? At this point in my life I barely knew a single shred of useful information about babies. So, after a quick internet search we happened upon a company called Turtle Tots (www.turtletots.com) that offered lessons at a pool in Chester not too far from our home in North Wales. The pool itself was part of a hospital complex and, during the week, was the centre for rehabilitation. This of course meant that the pool itself was small and, importantly for babies, beautifully warm. 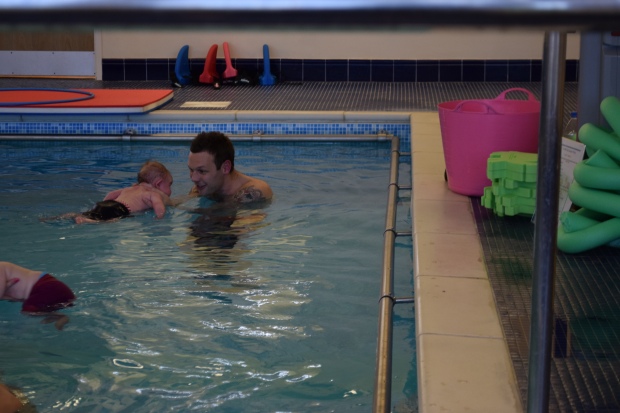 The 11 week courses cost £120 and are payable up front. There is no getting away from it that this is expensive. Furthermore, as there was often very little break between courses it effectively means that you’ll be paying this every 11 weeks if you want to progress through the levels. However, what I will say is that they were very well delivered, the sessions had a great structure to them, which emphasised having fun alongside the development of water confidence and the level of learning that takes place is at times astonishing.

We started when baby number one was 12 weeks old. Despite the fact that I could still barely hold him in a manner that looked safe and comfortable, I was far more at ease with going in the pool with him than Nat. I also thought that it would be nice to have a specific ‘dad and lad’ activity built into each week. And it was. I personally found it to be a great opportunity to bond in those early weeks. Moreover, being in the water with him and being asked to hold him in different positions instantly made me more confident in handling him. Up until this point I think I resembled somebody holding a quantity of anthrax, now I at least looked like a proper dad. 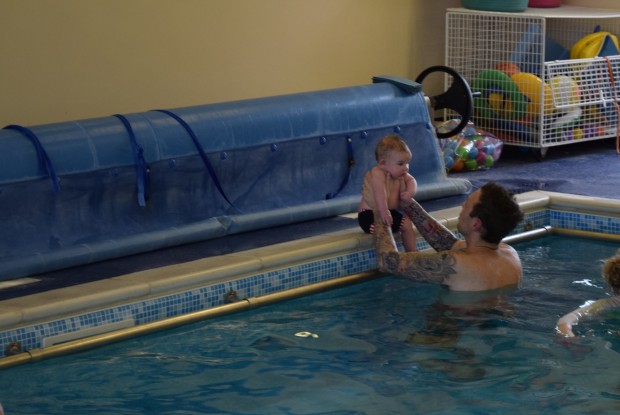 The activities were all built around nursery rhymes. I’ll admit, during those early weeks I mouthed most of the words. I say words, what I actually mean is I opened my mouth, moved it around in random directions without making a sound to give the impression that I knew them much like non-church goers do during the hymns of a wedding. Three weeks into it though and I could be heard to heartily bang out the lyrics to hickory dickory dock among others. To begin with the activities focus on getting the babies comfortable with water being on their faces and introduce parents to the verbal cues necessary to facilitate this. I still remember the look of horror on Nat’s face from the sideline when the instructor told us by week 3 we’d be dunking our then 15 week old vessel under the water. But we did and by the end of the first 11 week course we were plunging them down, casting them adrift and letting them float their own way back to the top. Scary? Of course, but amazing to watch such a tiny bundle of joy progress and enjoy the sessions. As you progress through the levels other key skills are taught, again using verbal clues and songs. Things such as teaching them to grasp and hold on to a floating mat and the side bar were the precursor to essential water survival skills and by the time they attend the first lot of toddler classes when they are able to walk, they are able to jump into the water off a mat unaided and without floats before kicking their way back to the surface! 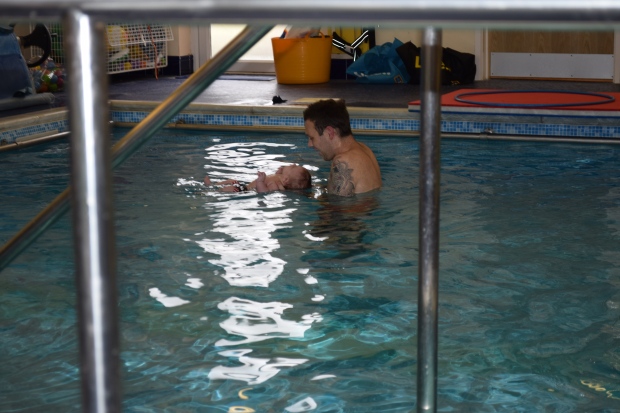 Turtle Tots organise an underwater photo shoot (extra charge) a couple of times a year and as you can see from the photos of Jesse they genuinely enjoy being in and under the water. They also provide certificates once your baby has passed each of the levels. Overall, despite their expense, they are brilliant. Brilliant for the babies who learn so much in such a short space of time and brilliant for the parents who watch with pride and amazement. It’ll also be brilliant for their 7 year old future selves who will look forward eagerly to their next swimming session whether at home or on holiday and who’ll never know the worry and toilet troubles a certain 7 year old had when he was a wee nipper.

Don’t forget, if you like what you see, check out our social media pages: